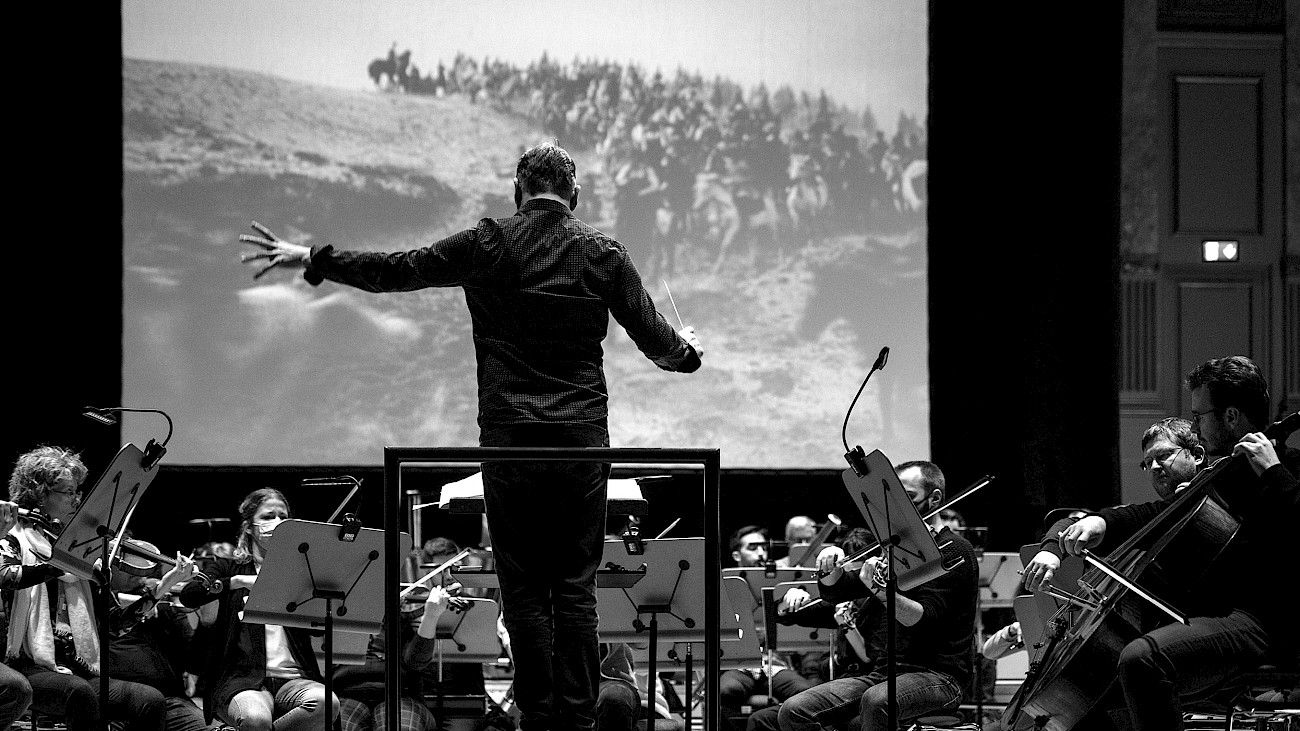 There will be three concerts of film music to enjoy this season – in other words, three great films and three great scores.

Just how decisively films are shaped by music is never as apparent as when an orchestra plays a soundtrack live. Our concerts of film music are designed to make the broad spectrum of this genre audible and tangible to audiences. The programme includes a film music competition as well as one silent and one sound film with live accompaniment.

The concerts will be performed by the Tonhalle-Orchester Zürich, conducted by film music expert Frank Strobel. So, don’t delay when you hear from the Tonhalle: «I’m also a cinema.»

Filmsinfonik – «Chaplin in Concert – With a Smile»

Filmsinfonik – «Chaplin in Concert – With a Smile»

Tonhalle-Orchester Zürich, Frank Strobel Conductor "Chaplin in Concert – With a Smile"
more
We thank our partners