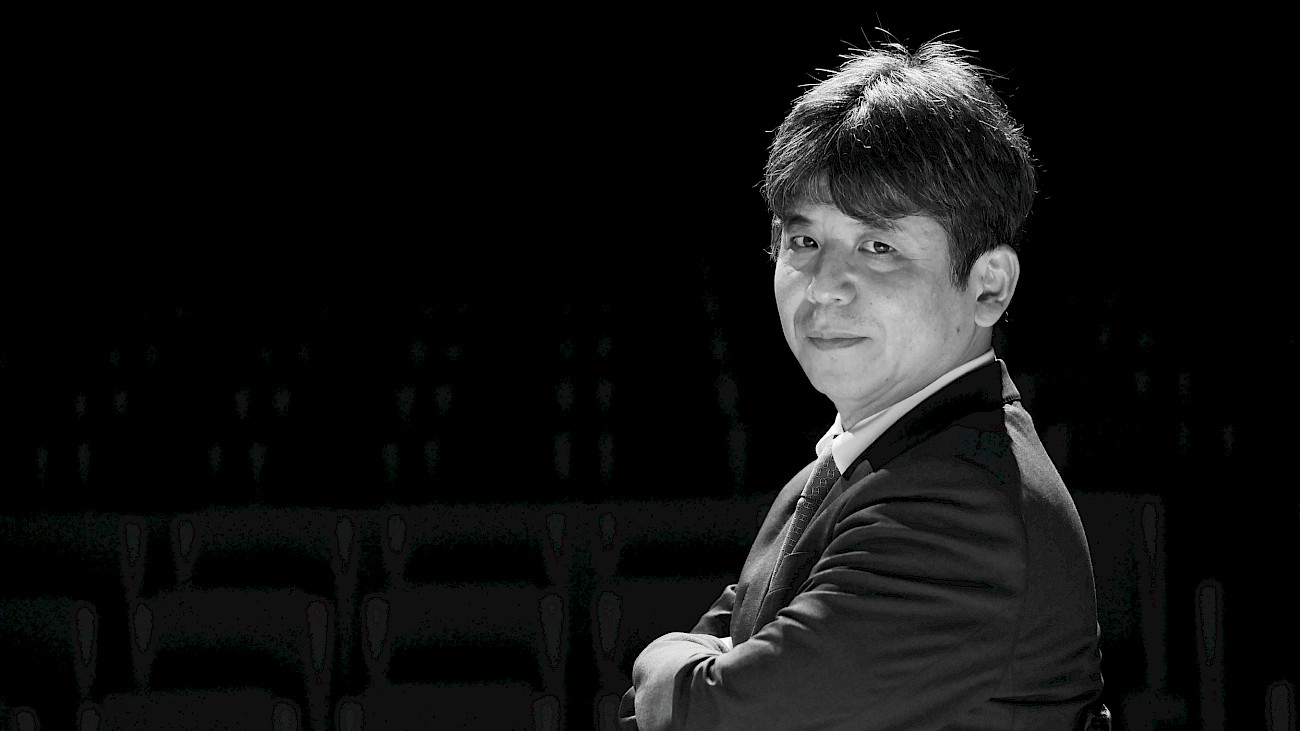 With his music, Toshio Hosokawa builds bridges between the traditional culture of his Japanese homeland and the western avantgarde, which he studied in Germany from the 1970s onwards. He will be our Creative Chair in the 2022/23 season.

Born in Hiroshima in 1955, Toshio Hosokawa is the best-known contemporary Japanese composer. And yet his horizons are much broader, for he began an intense exploration of the western avant-garde as long ago as 1976 – thanks to his teachers Isang Yun and Klaus Huber. His Japanese roots are apparent both in his music and his aesthetic.

Toshio Hosokawa’s perspective on music is at once restrictive and sweeping when he declares, «Music is the place where sounds and silence meet.» This stems from his awareness that sound and silence are mutually dependent. Without light there can be no shade. A sense of ritual and the spiritual is also inherent to his world of musical thought: «We hear the individual sounds and at the same time appreciate the process of how they are born and die away – a resounding, self-contained, animated landscape of genesis, as it were.»

Toshio Hosokawa has already received many accolades for his ability to create «animated landscapes» in music – most recently in 2021, when he was awarded the Goethe Medal. «With his compositions, Hosokawa opens up spaces and connects people all over the world. The special sound of his music is transcendent and transforms the concert hall into a global meeting place,» is how the jury explained their decision. Global events («Meditation to the victims of Tsunami (3.11.)») thus find their way into his compositions to the same extent as intimate, personal moments, such as when he contemplates a lotus flower («Blossoming»).

The qi of the organ

Hosokawa’s musical tools range from the classical string quartet to traditional Japanese instruments such as the shô mouth organ, from a large orchestra to the concert hall organ. In his work entitled «Embrace – Light and Shade» for organ and orchestra, for example, the «flow of qi» – the origin of life in its two manifestations of yin and yang – initially interacts within the organ before «flowing into the various orchestral instruments.» Immerse yourself in Toshio Hosokawa’s special world of sound throughout the season. You can also experience him as a charismatic speaker at the Museum Rietberg as well as a sensitive teacher at Zurich University of the Arts (Zürcher Hochschule der Künste).

Every season, we invite an important composer to be our Creative Chair. Prepare to be astonished and moved by the music of our time. Our previous Creative Chairs: